Robin Hood & the Babes in the Wood – PANTO! 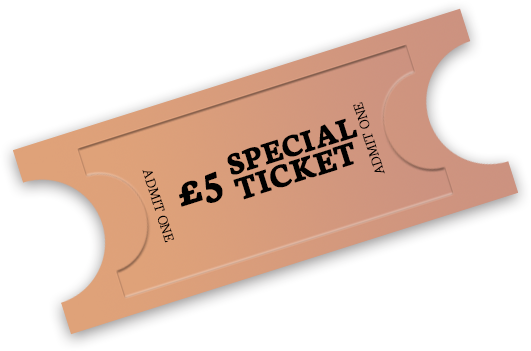 “If you go down to the woods today you’re sure of a big surprise.”

Panto time is nearly upon us once more and Bitesize Theatre company have never failed to disappoint with their performances. They are always a sell-out and this year promises to be no different.

Tarvin audiences always go away with a smile on their face and suitably full of the Christmas spirit – ‘oh no they don’t. Oh yes they do!’

Babes in the Wood is the story of Robin Hood, but not quite in the conventional sense you may be used to! Will Robin win the day? Will he ladder his tights? Will he find the missing Babes?

Bob (a Builder) and Dermot (a Gardener) are looking for work in the woods when they realise they are lost. Bob wonders what kind of work they could possibly hope to find in the woods. Dermot explains that they have come to find Robin Hood and join his band of merry men. Once they find Robin, he sets them the task of entering the castle of the Sheriff of Nottingham to steal some gold. This way they can prove they are worthy of joining his group.

But Robin is feeling particularly down because he is missing Maid Marian. Friar Tuck soon puts his mind at ease when he informs him that Marian is back in Nottingham, but under the protection of her Uncle, the Sheriff, along with her two baby brothers (the Babes of the title) while their father is away fighting in the crusades.

In Nottingham castle, the Sheriff has employed a nursemaid, Nursey, to look after the Babes. Maid Marion is also down in the dumps, because she is missing Robin too. Nursey tries to take Marion’s mind off Robin.

The Sheriff gets news that his brother has been lost in action, news which he welcomes with open arms, since he has a cunning plan. If he can get rid of the Babes and marry Maid Marian, then he will inherit all of his brother’s wealth, to add to his own. Bob and Dermot enter the castle to steal the Sheriff’s gold and rather inconveniently bump into the Sheriff, who threatens to put them both in the dungeon unless they agree to take the Babes into the wood to get rid of them.

That afternoon, Nursey and Marian are out walking the babes when Dermot turns up disguised as the new aerobics instructor. While the two ladies are exercising, Dermot runs off with the Babes in the pram. The Sheriff pretends to be so upset that he can’t possibly go after them, Marian calls for Robin Hood to help. Robin arrives, but he is immediately arrested by the guards. Marian pleads for his release, which the Sheriff uses to get Marian to agree to marry him.

Meanwhile, deep in the woods, Dermot and Bob are trying to find somewhere to hide the Babes, not wanting to “get rid of them” as the Sheriff wanted, when they happen to pass some fairies (well, woodland spirits, really). They cast a magic spell, which makes Dermot and Bob fall asleep and the Fairies take the Babes. When they wake up Dermot and Bob, call for Robin Hood to help them and Robin gathers all of his merry men, before asking Dermot and Bob to join the crew. As one big fighting force, they advance on the castle to confront the Sheriff.

In the castle, the Sheriff is just about to wed a reluctant Maid Marian, when Robin arrives in a daring, heroic fashion, and has no trouble fighting his way to the Sheriff. The Sheriff starts to run, but Nursey catches him.

So the Babes are saved, Robin gets the girl and Nursey gets her man, Dermot and Bob get to be Merry Men and they all live happily ever after.

This stupendous  production, combines modern storytelling & musical theatre to create a legendary experience for young and old alike. Bright, lively & colourful & suitable for all ages, with over 15 characters; played by a cast of 5; full set, costumes, lights and sound; it has everything you need to make the season go with a thwaaang, a swisssh & a biooong! Fun and enjoyment for everyone guaranteed.”

The show lasts an hour which leaves time to pop home before making your way to the wonderful Tarvin Christmas Market which starts at 17:00